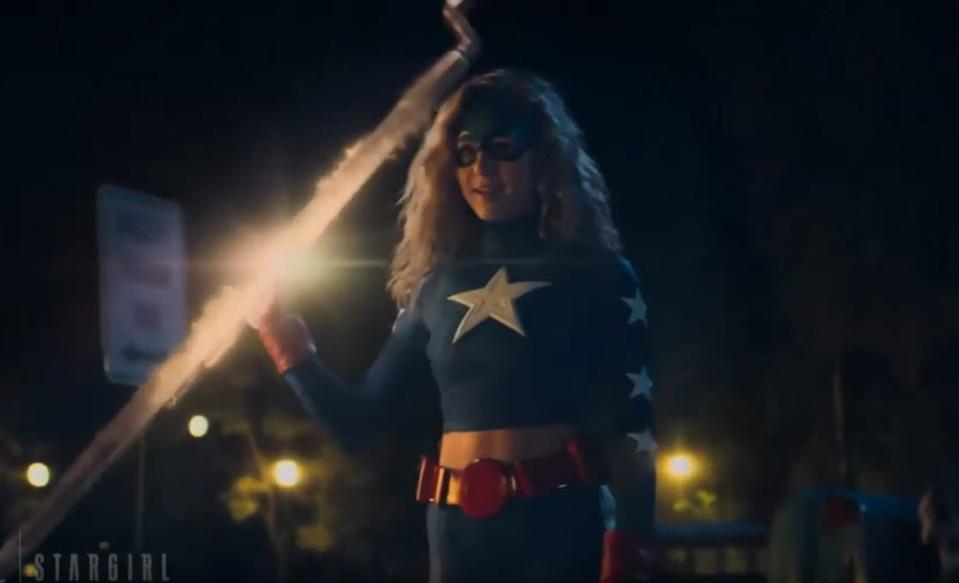 There’s no word about whether Nick Tarabay will make an appearance as Eclipso. However, Season 3 has a new supervillain, Mr. Bones. The character comes to Blue Valley to investigate reports of heroes and villains co-existing in the town. Soon, he begins to find ways to disturb the peace.

Who Is Brec Bassinger?

Brec Bassinger plays “Stargirl,” originally a comic book character created by Geoff Johns. Breck is no stranger to the small screen. She played Bella Dawson on “Bella and the Bulldogs”, which aired on Nickelodeon. The actress has also had recurring roles in The Goldbergs and School of Rock. Born in Texas, she moved to Los Angeles to pursue a career at age 13. Before donning her alter ego’s colorful costume, Brec participated in volleyball and cheerleading and become the 2009 World’s Our Little Miss. She has type 1 diabetes and is a vocal advocate for awareness and prevention.

Fans can learn more about “Stargirl” stars on the official fan page.